The 26th annual Rodeo Drive Concours d’Elegance took place on Sunday, June 16th, on the famous shopping boulevard in Beverly Hills, where many wonderful classic and exotic vehicles were parked in front of such high-end luxury stores as Prada, Louis Vuitton and Cartier. The Mullin Automotive Museum has been strongly represented at this event for many years but this year, the Mullins decided to do something a little different than years past. So, even though Ken Sacks and I were thinking we might take one of the Mullin’s wonderful French cars we ended up taking Mrs. Mullin’s beautiful 1957 Thunderbird convertible (chassis #D7FH343226). This sports car was built in response to the production of the 1953 Corvette and in many ways greatly surpassed the “Vette.” (And, this comes from the owner of a 1966 Corvette.)

1957 and designed by Ford’s Frank Hershey. Thunderbirds far outsold the Chevrolet Corvettes which they challenged within the marketplace. With its steel body, Master Guide power steering, Swift Sure power brakes, Ford’s mass-balanced engine for “maximum smoothness” while under power, ride stabilizers and double acting shock absorbers, the Thunderbird set the standard of the time for a distinguished personal car. Corvettes at this time were much more of a basic car and were greatly underpowered with a six cylinder engine. As far as production numbers go, in 1955 there were 16,151 T-Birds produced with only 700 Corvettes generated. In 1956 Ford produced 15,631 T-Birds with only 7,467 Corvettes rolling out the doors. And, in 1957 there were 21,166 T-Birds generated and only 6,339 Corvettes. However, Chevrolet went on to produce over 1.5 million Corvettes with only 53,166 total T-Birds generated. 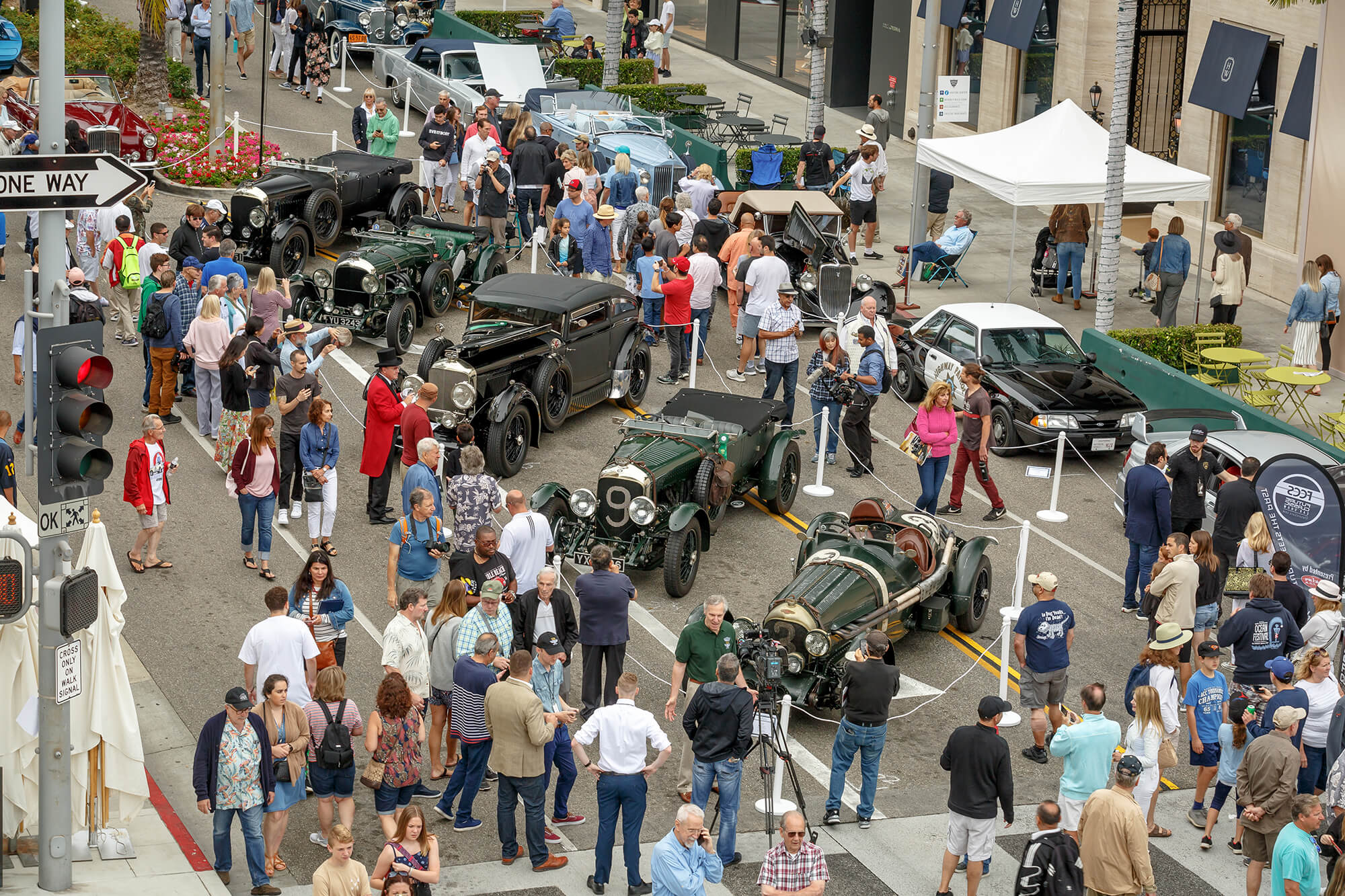 However, the T-Birds were a much more advanced car. They came with a V-8 engine displacing from 292 to 312 CI and ranging from 212 to 342 HP with the E option having two four barrel carburetors and the F using a McCulloch supercharger. The Mullin’s car has the D engine option with 312 CI at 245 HP using a single four venturi carburetor. Their car also came with power brakes and a Ford-O-Matic 3-speed automatic transmission. In 1956, the second year of production, side vents were added to the windows for improved ventilation, vents were added to the front fenders to dissipate engine heat and portholes were added in the hard top to eliminate blind spots in rear visibility. The 1957 model added a padded dash and padded sun visors among other safety improvements. The trunk lid was also redesigned to accommodate the spare tire and increased luggage capacity.

Although the original owner of this car is not known, it eventually wound up in the hands of Bill Gill of the Thunderbird Centre in Michigan where it was completely restored to the Classic Thunderbird Club International (CTCI) “Gold” standards. The car has won over 30 major awards including National Senior Car status in 1995. The body and paint were done by Marv Hill who is a National Judge for CTCI and assembly and detailing was completed by the last owner Bill Gill, himself a prominent restorer of award winning Thunderbirds.

It appears that Mr. Mullin purchased this car as a wedding anniversary gift for his wife, Merle, who was fortunate enough to have such a car earlier in her life. The story Ken and I heard was that Peter took Merle out to dinner on their anniversary and when Merle asked for her car to be brought to her by the valet, the T-Bird was delivered as a surprise. Wouldn’t we all like to be greeted by such a surprise after a wonderful dinner?

When Ken and I arrived at the Concours, the T-Bird was already placed on the east side of the street conveniently parked in an area that was totally protected by the shade of a large palm tree which really made the experience even more pleasurable. I have no idea as to the number of attendees present at this year’s Concours but it seems as busy as all the past events I have attended. We were so happy that there were a consistent number of visitors who were very interested in the T-Bird. The most common comments revolved around statements such as “This is my favorite all-time car!” “I always wanted one of these but it just never happened!” “My family had one of these but my parents sold it!” So, we kept busy sharing the details and history of the car with hundreds of excited on-lookers.

Ironically, the car parked immediately in front of the T-Bird was a 1965 Corvette coupe so in this small space the American sports car was strongly represented even if the surrounding environment seemed to be full of Porsches.

I arrived at the show at 7:15 AM and since the T-Bird was already placed and ready to show I was able to stroll around Rodeo Drive to soak in the other wonderful entrants. Within half a block I was drawn to the 1935 Bugatti Aerolithe replica that was built by the Restoration Guild of Canada for Dr. Perry Mansfield. Standing alone next to the magnesium-bodied car was Dave Granger the owner of The Guild.

So, I introduced myself as a Mullin Docent and he and I enjoyed an hour of discussion regarding the challenges of the construction of the body, the history of the chassis and the terrors of shipping the car around the world. So, it was Elegant Car at this year’s event entirely worth the trip to Rodeo Drive just to see this car and to learn more about its history, construction and the challenges building it entailed. The car went on to win the Mayor’s Award for the Most Elegant Car at this year’s event.

After returning to the T-Bird and greeting guests, Ken and I were surprised to see our fellow docent, Lance Baumberger. Since Lance has been on military deployment for the last few years, we were able to catch up with him and were so happy he has returned safely from his deployment in fine shape and is busy getting his Bentley ready for what we hope will be a Docents’ driving day. This was especially nice since Bentley was the featured marque given it is celebrating its 100th birthday. Shortly after Lance joined us, Tessa and Larry Crane arrived so it seemed like old-home week on Rodeo Drive.

When the 4PM time came for the end of the event, I must say that the organizers were quite efficient and effective in getting all of the entrants safely out of Rodeo Drive. The ropes came down and we were all able to smoothly exit north towards Santa Monica Avenue and onward to home. I strongly encourage you to attend this event at least once since it has only invited cars and is held on one of the most iconic locations in Los Angeles.